4 Reports to Streamline Your School Safety 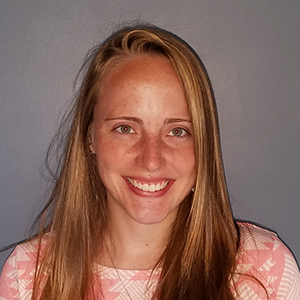 In the 20 years since Columbine, there have been hundreds of school shootings, 140 dead, and 300 injured. Not to mention, the 220,000 students that have been directly affected by school shootings because they were in the buildings at the time these events took place. While thousands more are impacted by daily incidents like bullying, teasing, and kids just not being able to cope with their own emotions or anxiety.

Don't forget that focusing on how to keep students reassured during a lockdown or during a school shooting is just one school safety factor. Consider extending your focus on how to make sure it never happens in the first place. No school shooting or lockdown for any serious community event is ever going to be comfortable for students, no matter what special item is put into place to occupy a students attention. It’s going to be a stressful and life altering experience. It’s a great thought on the front end, but what if you could just skip the crisis in the first place?

During an online event with Keven Barker, School Director at Ridgeline Academy in Arizona, he shared four reports his school is using to streamline their school safety. Through the use of these reports, Ridgeline Academy is able to obtain actionable data to make data driven decisions about what needs to be fixed as well as see the results those changes have made.

Even though the state of Arizona doesn’t define bullying, it does require individual schools and districts to develop a definition. So, Ridgeline Academy adopted a definition and spent a lot of time training their teachers and staff to ensure they really understood what constituted as bullying and when their bully report should be used. Through the use of their bullying report, Ridgeline Academy is able to ask their teachers to identify exactly what is occurring between the aggressor and the target. They can establish how it is happening and through what means, but most importantly, where it’s occurring and if the behaviors are ongoing. By knowing where the incidents are occurring, Ridgeline Academy is able to identify “hot spots,” which Keven defines as both incident type and frequency of when incidents occur.

One “hot spot” that Ridgeline Academy was able to identify was their middle school hallway. They had a lot of issues during transitions even with educators present. They made some changes to their transition procedures and continue to monitor the reports so they can continue to make changes as necessary.

Through the discipline referral, Ridgeline Academy’s teachers and staff are able to report several different types of incidents. They include the names of the infractions so they can see what types of behavior students in their schools struggle with or what grade level. Through these discipline referrals, Ridgeline Academy can also identify teacher and staff development opportunities. The important thing is when using reports like discipline referrals, is to never assume that a handful of behaviors in a particular class is the result of a teacher issue. Be sure to really drive into what the data is telling you because it could be the time of day or a particular student in the class. There are a lot of contributing factors. But through the use of these reports, Ridgeline Academy is able to have a better understanding of where they need to focus their attention and which classrooms and/or teachers they need to spend more time supporting.

This report doesn’t necessarily need administrative action, as it’s mostly used for injuries on the playground or an accident in the classroom at Ridgeline Academy. But it does allow them to quickly and easily share information across the school to ensure all stakeholders are on the same page. For instance, when a parent picks up their child, a person at the front desk can know exactly what happened and where it happened and can really put the parents at ease or at least give them the information they need at that moment in time.

Ridgeline Academy is also able to analyze the data from their incident reports to identify “hot spots” for safety purposes. Through the analysis of their incident reports, they were able to identify that the surface underneath their monkey bars needed to be addressed. They had a couple of injuries that occurred in the same place allowing them to identify the monkey bars as a “hot spot.” After visiting the monkey bars, Ridgeline Academy was able to confirm the surface needed to be addressed and was able to take the necessary steps to change the surface.

Everyone plays a role in the safety and security of your schools, and a facilities report is one of the quickest and easiest ways to get all your teachers and staff involved. For instance, does the gate on the playground not shut? Is there a lock on a door that isn’t functioning? Is there water on the floor in the hallway? Everyone is busy and may not have the time or the ability to fix the issue themselves, but empowering your teachers and staff with the tools to make sure that those things get reported to the facilities team in the quickest way possible is key.

Knowledge is power, and speed is extremely important, so the quicker you can identify an issue, the quicker you can make the necessary changes to drive prevention. If you haven’t already, be sure to take 20 minutes and watch “Centralized Reporting for Streamlined School Safety” on-demand to hear Keven cover these four reports in more detail.

← Synchronized Safety: Getting Your Safety Systems to Work Together
Streamlining Student Threat Assessments with Safety Technology →

What is School Safety?

Let us know what you think