What Do Schools Think About Safety? Here's What We Learned 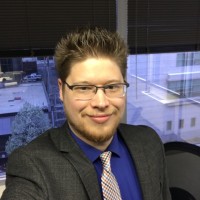 "School safety" is a phrase that everyone can understand, but it often times means different things to different people, and many school districts don't always conceptualize or approach school safety in the same way. This is understandable since each district, and even every school, are influenced by the needs, challenges, and resources of their community. To better understand how schools from across the country think about school safety, we reached out to our clients to catch their thoughts.

We found some pretty interesting trends from the responses we received, some surprising and some expected. Though our survey doesn’t try to speak for the whole of school safety thoughts and behaviors, it did give a good look at how the individuals who lead the safety efforts for their districts think about school safety.

One thing that surprised me was that "Active Shooter Prevention" was the least selected answer when asked "What’s the first thing you think of when you hear 'School Safety'?" While we are seeing a rise in active shooter events across the nation and the fear that it could happen at schools is fairly common, school safety leaders we interacted with put more of an emphasis on more ground level approaches like practicing safety drills, improving safety plans, and communicating with staff.

It's worth noting that while active shooter prevention didn't come out as the initial focus on school safety, numerous respondents said that an active shooter event occurring in their district is their biggest school safety fear. Another common answer we noticed was the various ways respondents phrased their concern for staff not knowing what to do or not being able to fulfill their safety role when it matters most. There appeared to be significant concern for staff members knowing what to do to help navigate any type of major emergency.

It was not surprising that schools seem to substantially focus on "responding to a crisis" as their primary focus on school safety. It’s become a bit of cliché to say that seconds save lives, and yet we don’t have to look far to see examples of emergency response where cutting down the minutes, and even seconds, it took to respond very well could have resulted in lives being saved.

True to CrisisGo's motto, our data showed that for our respondents, safety is a responsibility. Most participants confirmed this when they noted that school safety isn’t owned by a single person in their district, but it is instead the responsibility of a group of staff members constituting their safety team.

It was also interesting to see a snapshot of the negative effects social media has on school safety from the responses we received about the everyday safety struggles schools encounter. Many respondents seem to feel that there is a link between social media activities and safety issues in their schools.

Speaking of technology, while school safety leaders recognized issues with things like social media, there is less of a familiarity with technological solutions for school safety. While technology is certainly growing in the world of school safety, there’s still more education needed around the possibilities for utilizing technology solutions, particularly the application of internet of things (IoT) devices in systems that allow school to unify smart devices for streamlined school safety.

When it comes to student safety, it was good to see that a majority of respondents said their district either has a system in place to allow students to participate in school safety or that they are interested in developing a system that will allow that. A common response when asking about the inclusion of students in school safety was that students often learn more safety risks than staff. One respondent stated: "They know more than we do, much sooner."

Perhaps the most interesting factoid we noticed was that there was nearly an even split on the perceived effectiveness of the school safety plans. Just under half of the respondents said that their safety plan is effective with a slightly larger collective expressing that while their emergency plan gets the job done, they believe it needs to be improved. It was reassuring to see that few people thought their safety plans were insufficient, but it’s important for staff to be fully confident in their safety protocols, which is why we often recommend that schools continually drill with their safety plans, review their results, and make any needed changes.

We’d like to thank all of our participants who helped us get a better understanding of how school safety is perceived by the individuals who help carry it out. School safety is ongoing, and we look forward to continuing to learn from the successes and challenges every school we interact with. If you would like to see how other CrisisGo clients are using our platform to bolster school safety, you can watch our recent on-demand webinar series to learn from real school safety use cases.

What is School Safety?